SMIT Lamnalco is looking toward a busy time with the commencement of operations at Rio Tinto’s Amrun project in Weipa, for which Smit is to provide marine services.

Smit Lamnalco manager of business development and strategy Ben Hart told DCN the company was in the planning stages for the Amrun project, but he confirmed Smit would bring in two new tugs and a ro-pax vessel for the project.

“We’re very glad to be doing something that’s a little outside of our core business with the ro-pax vessel, but it shows our capabilities as an integrated marine services company,” Mr Hart said.

“We have a person embedded with the Rio Tinto team in Weipa, who’s working on the planning.”

Mr Hart said the two new build Damen 3212 tugs for the project were slated for delivery in December this year or soon thereafter, but the ro-pax was yet to be ordered.

Turning to safety, Mr Hart pointed to a safety program that Smit Lamnalco instituted. The program trains deckhands to take over vessel operations if a master is incapacitated in the event of an acute health crisis or any other incident. “The program entails instruction from the training masters on manoeuvring the vessel and we also put the deckhands through sessions in the simulator,” Mr Hart said.

“The simulator is a great opportunity for the crew to get some skills safe in the knowledge that they can’t damage anything.”

While the program was well received in the industry – it won the Environment & Safety Award at the 2017 Australian Shipping and Maritime Industry Awards – Mr Hart said it had also been very well received by the crews.

Another recent development in Smit Lamnalco’s operations was the expansion of a sub-contracting agreement with Svitzer to cover towage operations in Brisbane.

The agreement means that Svitzer will perform towage operations on behalf of Smit Lamnalco in Brisbane through mid- 2020, while continuing to do so at Newcastle, Melbourne and Port Botany.

“We made the decision to stop operating tugs in our own right in Brisbane after many, many years of service, it just wasn’t financially viable any longer,” he said.

“And in order to honour our existing contracts and minimise the disruption to the port, Svitzer agreed to do our work under subcontract in the same manner as they currently do in Melbourne, Botany and Newcastle.”

Mr Hart said the last day of Smit’s operations at Brisbane was 13 February, and roughly half of the Brisbane staff found work either with Svitzer or with Smit Lamnalco at other ports.

“It’s been a difficult time for us as a company – the Brisbane crew had been with us for so long and they’re great people, and letting go of guys that have been such great employees is really hard,” he said. 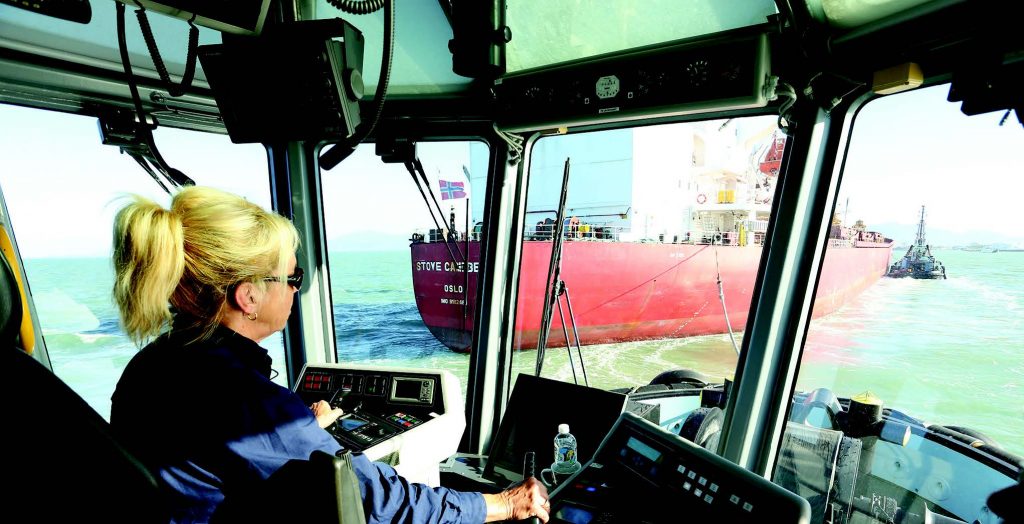