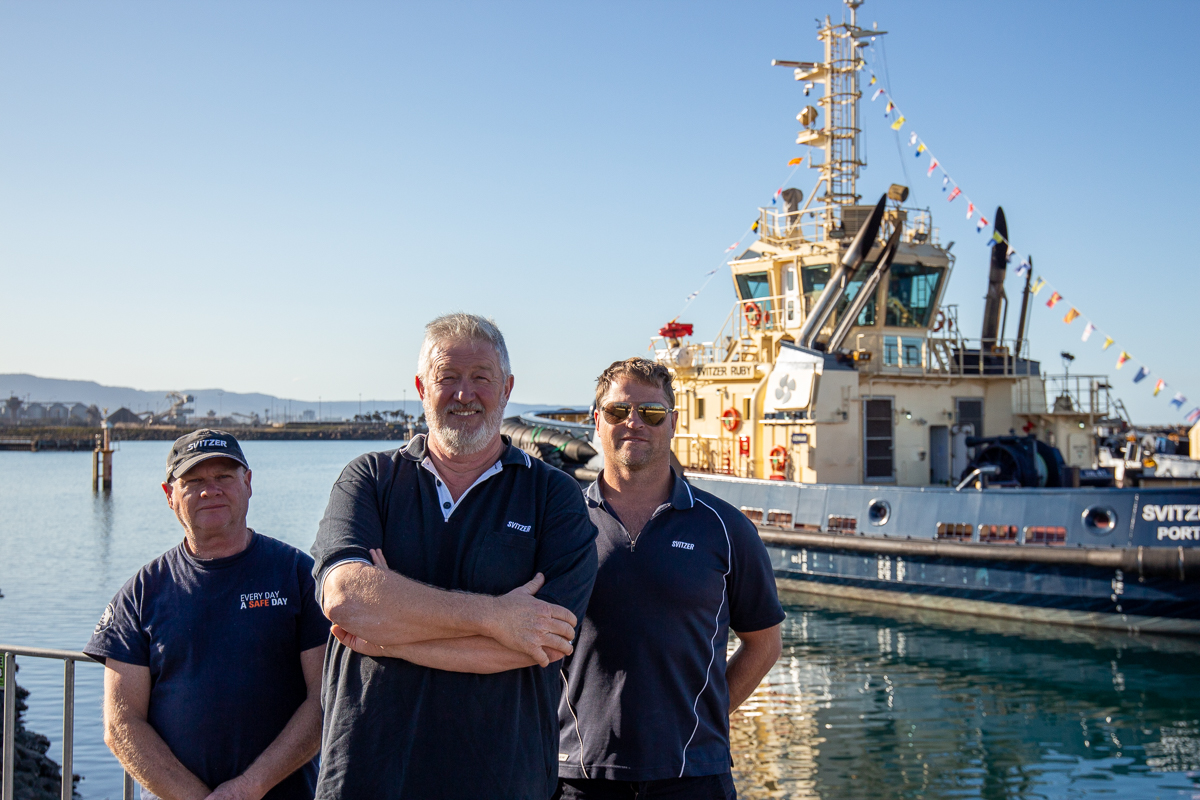 The newest member of the Svitzer Australia tug fleet was officially welcomed to Port Kembla on Tuesday, 13 August 2019.

“This is the first step towards supporting LNG imports into NSW,” says Acting Premier John Barilaro.

“I commend Svitzer Australia for investing in the people of NSW and commissioning a magnificent vessel, which will serve NSW for decades to come.”

“Svitzer Australia is pleased to invest in Port Kembla, supporting jobs in the Illawarra region, playing a role in diversifying the port with critical infrastructure and readying it for potential new gas imports.”

“Svitzer Ruby will boost the capability of the port, assisting larger vessels to enter its waterways and playing a critical role in facilitating trade in New South Wales.”

Svitzer Ruby is named after Ruby Moore — a famous local resident and Post Mistress during the 1920s and 1930s. The name was chosen by Svitzer crew and employees in Port Kembla.