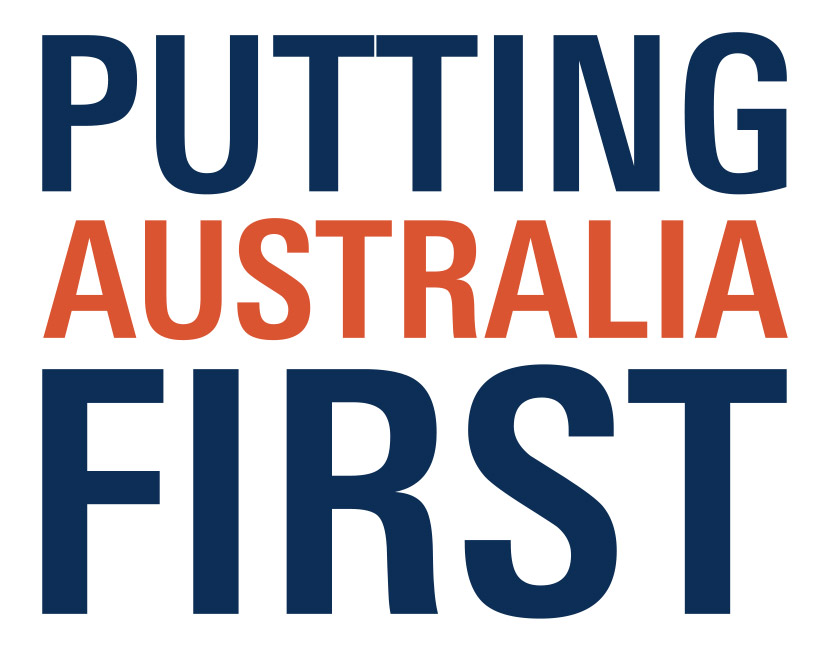 MD Nicolaj Noes and Head of Innovation David Bartnik discussed Svitzer Australia’s commitment to the environment and community with industry publication, The DCN.

Putting Australia First was first published in the May print edition of The Daily Cargo News. Article by Paula Wallace

In the wake of Australia’s “angry summer”, tug operator Svitzer Australia has made a bold commitment to the community and the environment – to decrease its greenhouse gas emissions by 5% year-on-year.

The catastrophic bushfires that hit Australia over summer produced many heroes, including from within the ranks of our maritime services. Some of the most harrowing images were of people and wildlife fleeing to the water. Nearly 100 people took shelter on Svitzer Australia’s tug boats and many more were ferried to safety in Eden and Mallacoota. The Svitzer team co-ordinated with the Rural Fire Service to provide transport to woodchip mill workers across Twofold Bay, donated diesel and answered emergency callouts on pilot boat Mersey.

In the aftermath of these traumatic events, the team at Svitzer Australia – owned by container ship giant Maersk – came together to answer the question of what more the company could be doing to help protect Australia’s people and environment.

“I think for us at Svitzer Australia, we needed to ask the question… are we doing enough to say that we’re doing our part in reversing our emissions levels?”

At a global and local level, Svitzer is proactive in sustainability, working behind the scenes to install solar PV, develop digital tools and wage a war on plastic waste in the oceans. The company also operates hybrid eco-tugs in its Gorgon and Wheatstone operations, which use battery technology.

“We had a lot of ongoing initiatives underway, but I think the bushfires really crystallised our thinking in saying: this is where we operate, this is our country, can we look at ourselves and say that we’re doing everything we can?” Mr Noes says.

That sparked a review internally which took a longterm view of what actions the company could take that were “concrete” and focused on its Australian operations.

Svitzer’s head of innovation David Bartnik says, “I think the bushfires were a catalyst that brought together a number of initiatives we were working on under the single umbrella of emissions reduction”.

The company has announced a $500,000 investment in emissions-reducing technology and initiatives across the business. It has also committed to a 5% emissions reduction target by the end of 2020.

“The rate of emissions at the end of this year [2020 calendar year] will be 5% less than at the end of last year,” Mr Bartnik says.

“I think 5% is quite a stretch, it’s a meaningful amount but it’s also a stretch goal as well. I’m not convinced yet that we can get there. There are still a lot of things that we’ll need to figure out.”

Svitzer plans to meet this target by influencing behaviour through better data tracking and sharing and is inviting other port participants to come onboard with this vital step towards lowering emissions.

Svitzer currently reports its energy use and greenhouse gas emissions under the National Greenhouse and Energy Reporting scheme. It will now improve its internal emissions reporting data by using a tool called Port Tracker and also change the way it reports on fuel useage and engine hours.

“All commercial vessels emit a radio signal giving their location so you can take that data and use it to plot and analyse operations,” Mr Bartnik says.

Initially developed in the United Kingdom, Port Tracker focuses on the mobilising and de-mobilising of tugs, when operators have discretion over the speed of operation.

“So in the UK they focused on that particular part of the operations and they built an application to monitor the AIS traffic and then do automatic identification of events,” Mr Bartnik says.
“Tugs are built for stability, not for speed, they can operate relatively efficiently only up to about eight knots. “As you go over eight knots fuel consumption and emissions start to increase exponentially, and at 12 knots are roughly three times’ the figure at eight knots. So it makes a big difference,” he says.

Svitzer Australia is rolling out Port Tracker at 10 ports in Australia, five of which have already begun using the tool and the remainder will commence by mid-year.

“It gives us a window into our operations that we haven’t had before,” Mr Bartnik says. Svitzer found that Port Tracker was providing good data on the parts of the job that it could control. So it started a complementary project around better fuel recording in order to gain an idea of its overall emissions company-wide. “We’ve always tracked fuel because it’s a major expense but we’re now getting a much better picture on a monthly basis of how we’re using fuel,” Mr Bartnik says.

“We translate those fuel statistics into emissions so that we can say ‘if we’re going to achieve a 5% emissions reduction then these are the major areas we need to target’.

“We have some places where we have a lot of out of harbour operations… which we could potentially optimise as well. So it gives us the opportunity to look more closely and say here’s where we need to target our efforts, here’s where we are going to get most bang for our buck,” he says.

Aside from gaining greater insight into how the company is using fuel and where emissions could be improved, the data can also be used to start conversations critical to changing towage behaviour – with Svitzer masters, pilots, port authorities and ports. Baseline emissions data has now been shared with employees and monthly updates will be provided.

“To an extent it’s a journey because obviously we have to work with port authorities, we have to work with pilots, they all have their own agendas and we’re not driving the bus there,” Mr Bartnik says.
“We could achieve 1-2% [emissions reduction] just by focusing on mobilisation and de-mobilisation of tugs, but to achieve 5% we’re going to have to look outside and work with ports and pilots to achieve further savings.”

Mr Noes again references the bushfires as the catalyst for the company’s evolving approach to sustainability.

“Does it make sense to have a robust discussion with a pilot about behaviours? I think in the past we were a little bit more pragmatic… we don’t want to rock the boat with our relationships.
“I think the bushfires sort of turned that around and we’re saying ‘no, now we’re doing it because we want to do it’. We are putting our speed restrictions on because it’s the right thing to do… we are going to have robust discussions with our stakeholders because it’s the right thing to do.
“So a lot of these things we were looking at before, it’s just a change of our priorities and emissions became the top of the list of priorities and that was the agenda for our decisions rather than being a secondary evaluation afterwards,” Mr Noes says.

One way that Svitzer Australia will meet its emissions reduction target is to continue its investment in solar PV.

When the tugs are at the berth they are connected to the grid and diesel engines are turned off. This draws significant electricity to power air conditioners and keep engines ready for operation.  The company has a 7.8kW solar rooftop installation at the Port of Melbourne.

“That’s about enough to offset the base office load but it doesn’t do much in terms of the tugs,” Mr Bartnik says.
“In Newcastle we’ve pushed the button on a 100kW project which is about as much roof space as we have there.” There are also discussions underway around the potential installation of solar PV in Brisbane and at the Port of Albany.

Svitzer globally as well as parent company Maersk have their own sustainability strategies and goals, with a focus on emissions, alternative fuels and emerging technologies. Mr Noes explains that the push to develop a viable battery-driven tug or switching to new fuel sources will require a global effort. “Those initiatives are ongoing but it was imperative for us that we could say we have a portfolio of local initiatives. We want to focus on what we can impact down here,” he says.

Mr Bartnik says it is the right time for the company to focus on emissions in Australia.

“If we were having this conversation five years ago we may not have had the same response from port authorities that we’re getting now. I think there’s a groundswell of interest in this area, not just with us but also with other stakeholders in the port.
“We need to get better data on what goes on in the port and there are quite a few initiatives globally and locally. I’ve noticed in the last 18-months or so, there’s a lot more interest in this area.”

The behavioural elements of Svitzer’s strategy require discussions to take place at the local level.

“We want to anchor the ownership locally rather than say that someone globally is going to come up with a strategy,” Mr Noes says.
“The conversations we are having with our colleagues is changing. When we say ‘slow the tug down’, it’s not to save $5 in fuel. It’s because together, collectively, we can make a significant difference to our emissions output.
“We can behave differently and operate more efficiently,” he says.

Both Mr Noes and Mr Bartnik agree electrification of tugs will probably become viable in niche applications or as part of a diverse fleet.

“Maybe you’ll have a fleet of tugs, some running on batteries, some on ammonia and an old diesel-powered tug as a back up,” Mr Noes says.
“It’s quite possible we’ll be used as a test bed for Maersk initiatives,” Mr Bartnik says.
“Because it’s one thing to fit a $200m container vessel with hydrogen, it’s another thing to do it with a tug. So we can be a low-cost test bed for Maersk and that has actually happened in the past with a remote controlled tug.”

In relation to the 5% emissions reduction target, Mr Noes says “there will be diminishing returns on what we can do with that”.

“Eventually, we’re going to have that conversation about a change in fuels on the tugs, we’ll have to come to that. But let’s not sit on our hands until that day comes. “We know this is important for stakeholders and we know that it’s important for our customers but the initiative really was sparked out of an internal drive to make a difference locally,” Mr Noes says.

“What is the kind of company we want to be?
We want to be a company that breaks the emission curve and do our part.

“It is very much about being able to look ourselves and our colleagues and hopefully all of people who join us in the future, in the eyes and saying, we’re a company that is doing our part because it’s the right thing to do,” he says.