When Svitzer Australia’s latest tug-fleet addition — Svitzer Glenrock — is commissioned for work in August, its name will carry a significance not just for the port in which it operates, but for the employees who voted for its name.

Designed by the Dutch shipbuilding company, Damen, and built in Vietnam, Svitzer Glenrock is a 32-12 format which means it is 32 metres long with a 12-metre beam. The tug is powerful enough to make an 85-tonne bollard-pull.

But while it has an international heritage, it was the 180 Svitzer employees at the Port of Newcastle who were asked to find a name for the new vessel.

“The company gave the employees a chance to choose the tug’s name, and they chose Glenrock. It’s a well-known recreation reserve in Newcastle, so it’s fitting.”

Glenrock is a well-used wilderness precinct just south of Newcastle city. It was made a State Recreation Area in the 1980s and is popular with families because of its beaches, bush, wildlife and famous lagoon.

Glenrock also has historical meaning for the inhabitants of New South Wales’ second-largest city: it was a place of regular habitation for the Awabakal people. And it was also the site of the first coal mines in Australia – built in the early 19th century after two escaped convicts found coal nuggets at Glenrock beach in 1791 and used them to fuel a fire. As Glenrock was opened-up as a coal-mining area from the early 1800s, it was at one time served by a coastal railway and road tunnels so the coal could be transported out of Glenrock and shipped from Newcastle to Sydney.

“Glenrock is a popular place for Novocastrians, and it has a strong coal connection, so I wasn’t surprised that it got the vote for the name of this tug,” says Hart.

He says Svitzer Glenrock is a special boat which will be tasked with specific duties alongside the seven other Svitzer tugs at Newcastle. Because of its Render and Recovery forward winch, which can adjust to load-on and load-off changes, it will be used for active-escort of large petroleum tankers into the port.

While Port of Newcastle is the world’s largest coal-loading port by volume — around 160 million tonnes per year — it also has a large petroleum terminal for inbound shipments of diesel and petrol and a wheat terminal for export, meaning Svitzer’s tugs have to be versatile. Svitzer Glenrock will also be kept busy – there were 2,326 ships visits at the port in 2017.

Hart says Glenrock’s modern specifications gives it superior capability with attaching lines to ships, so the tug has been committed to Svitzer’s AMSA (Australian Maritime Safety Authority) obligation for emergencies outside the heads.

“If a ship outside the harbour loses power or steerage, we’ll use Glenrock to go to its aid and tow it into the harbour. This is the most modern tug in Australia right now.”

Svitzer Glenrock arrived in Newcastle on 18 June 2018. Svitzer’s 105 tug crew will be trained on the boats to a minimum proficiency, for at least six weeks.

He says everyone is happy with Svitzer Glenrock’s naming and it is important to the employees that it had a name of local significance. But the tug will be as hard-worked as the convicts and labourers who once worked in the old coal mines of Glenrock.

“The Cape-class bulk carriers are loaded with 100,000 tonnes of coal,” says Ben Hart. “It takes four tugs to pull a Cape-class ship away from the wharf — Glenrock is modern and new but it’s built to work.” 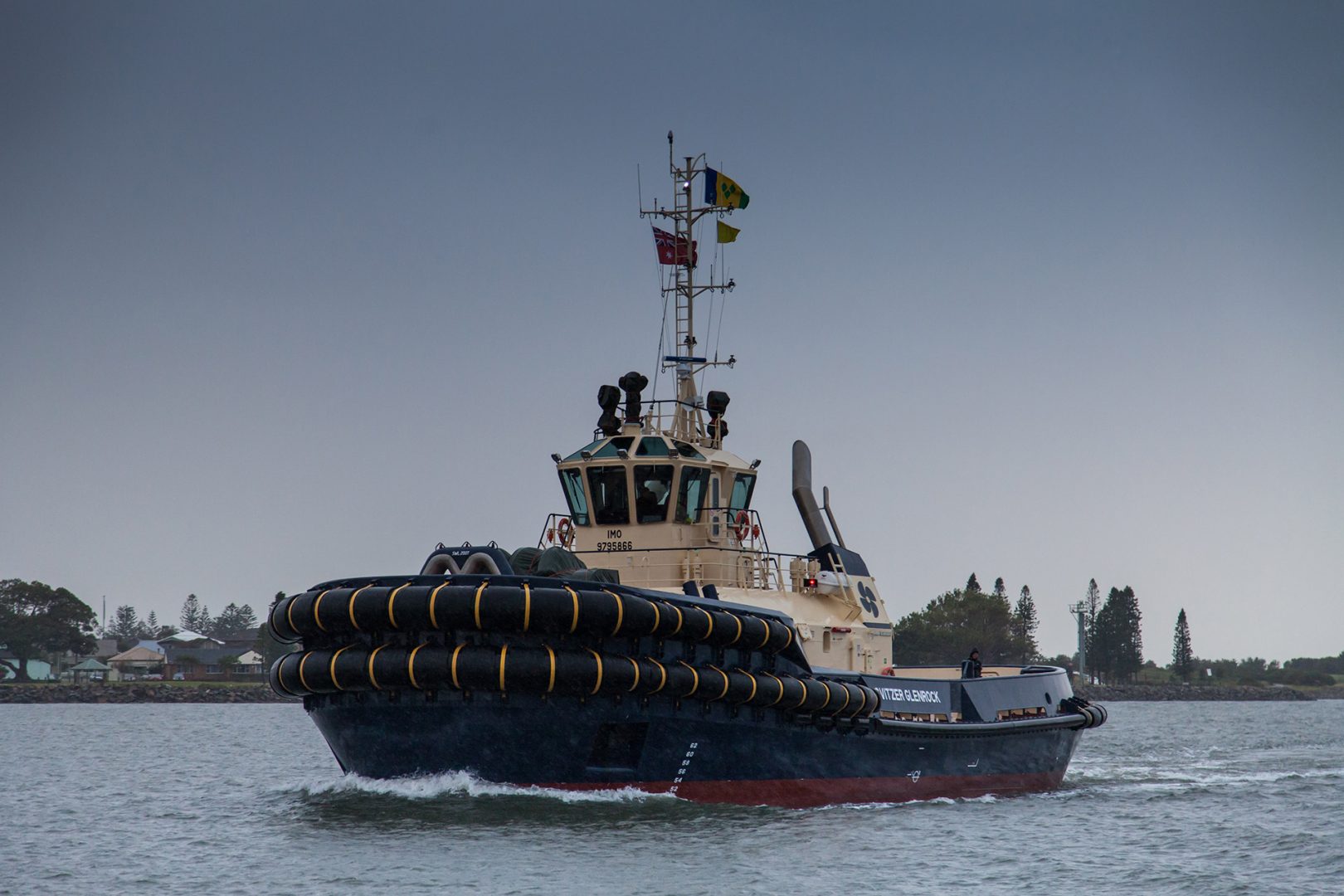 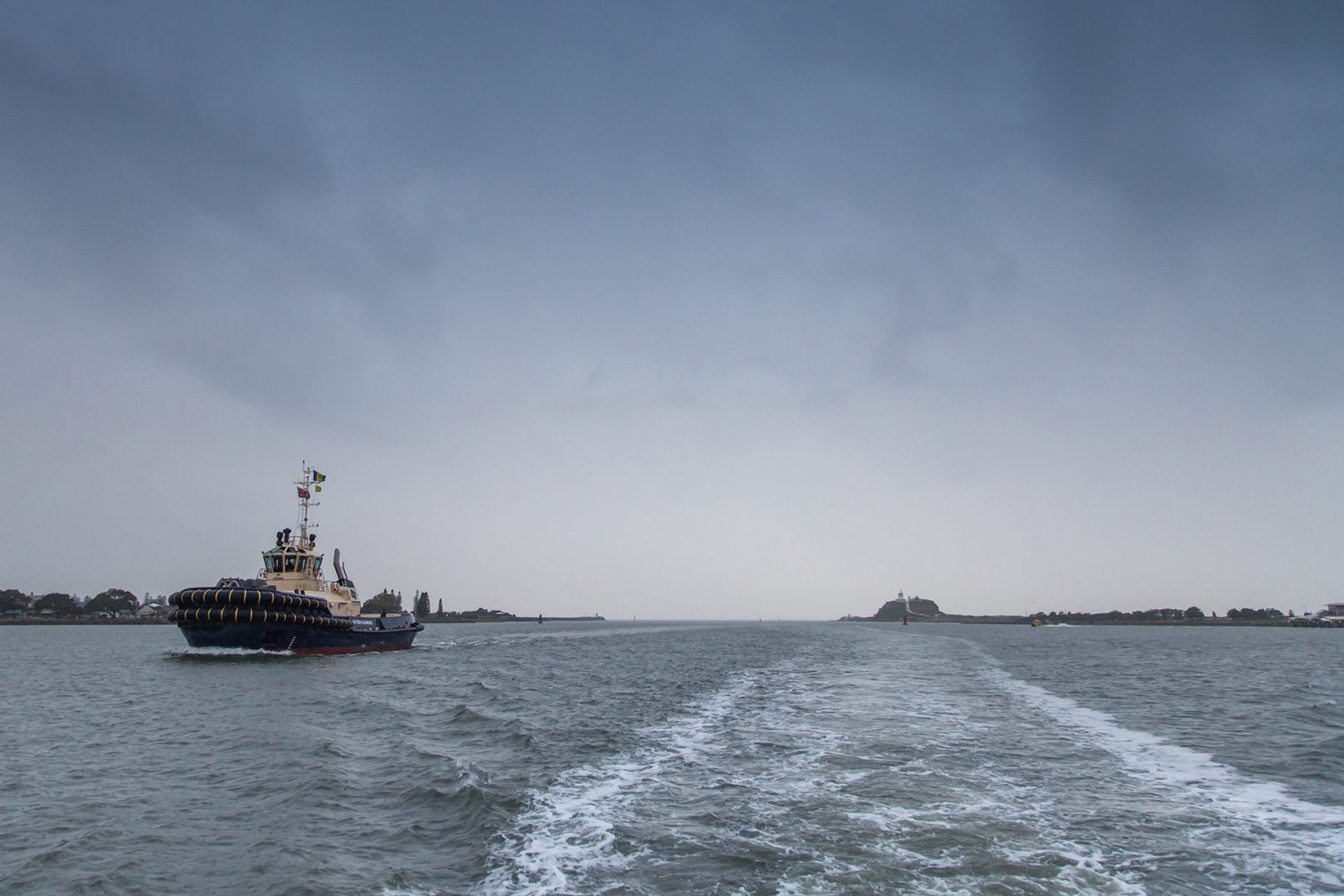 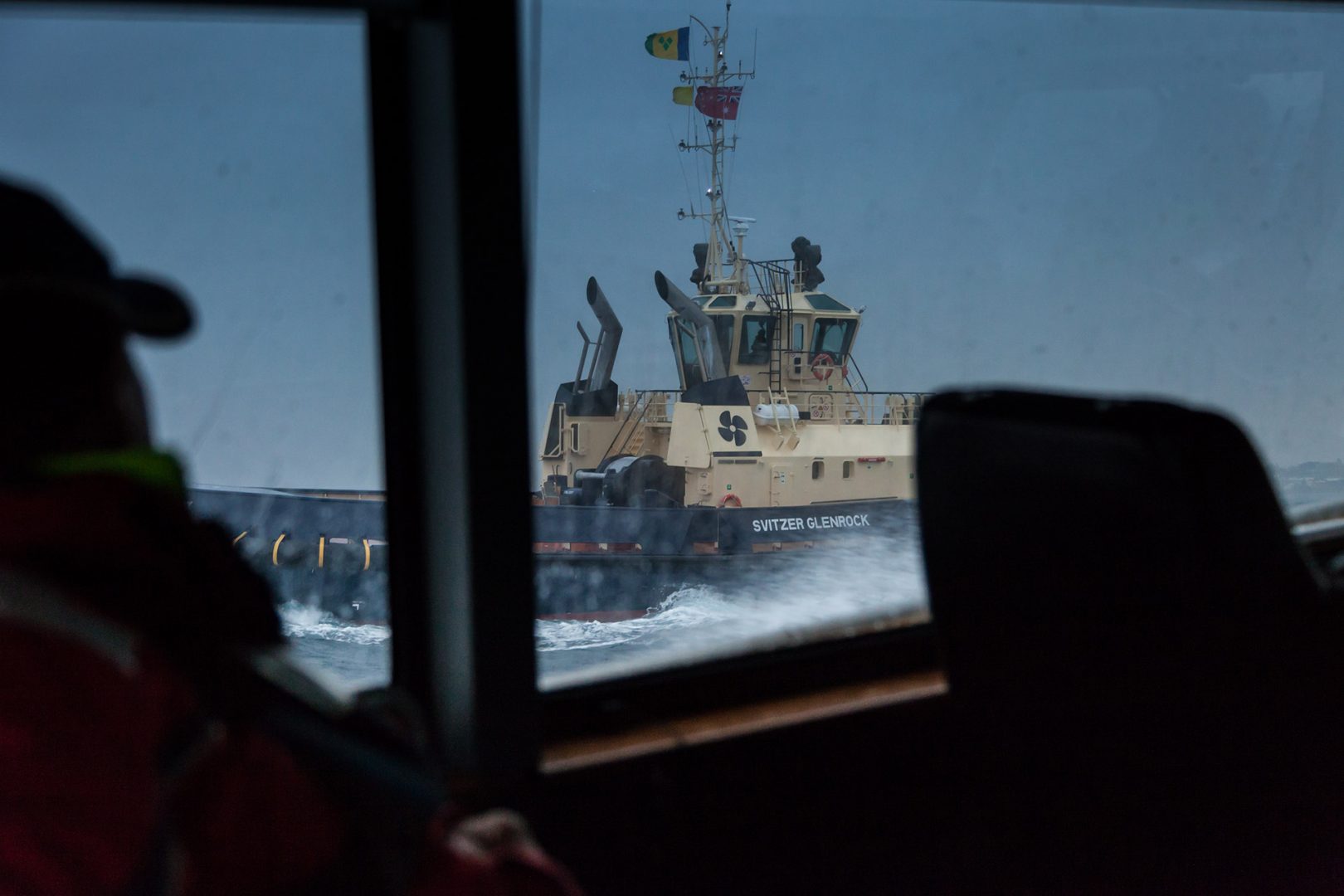