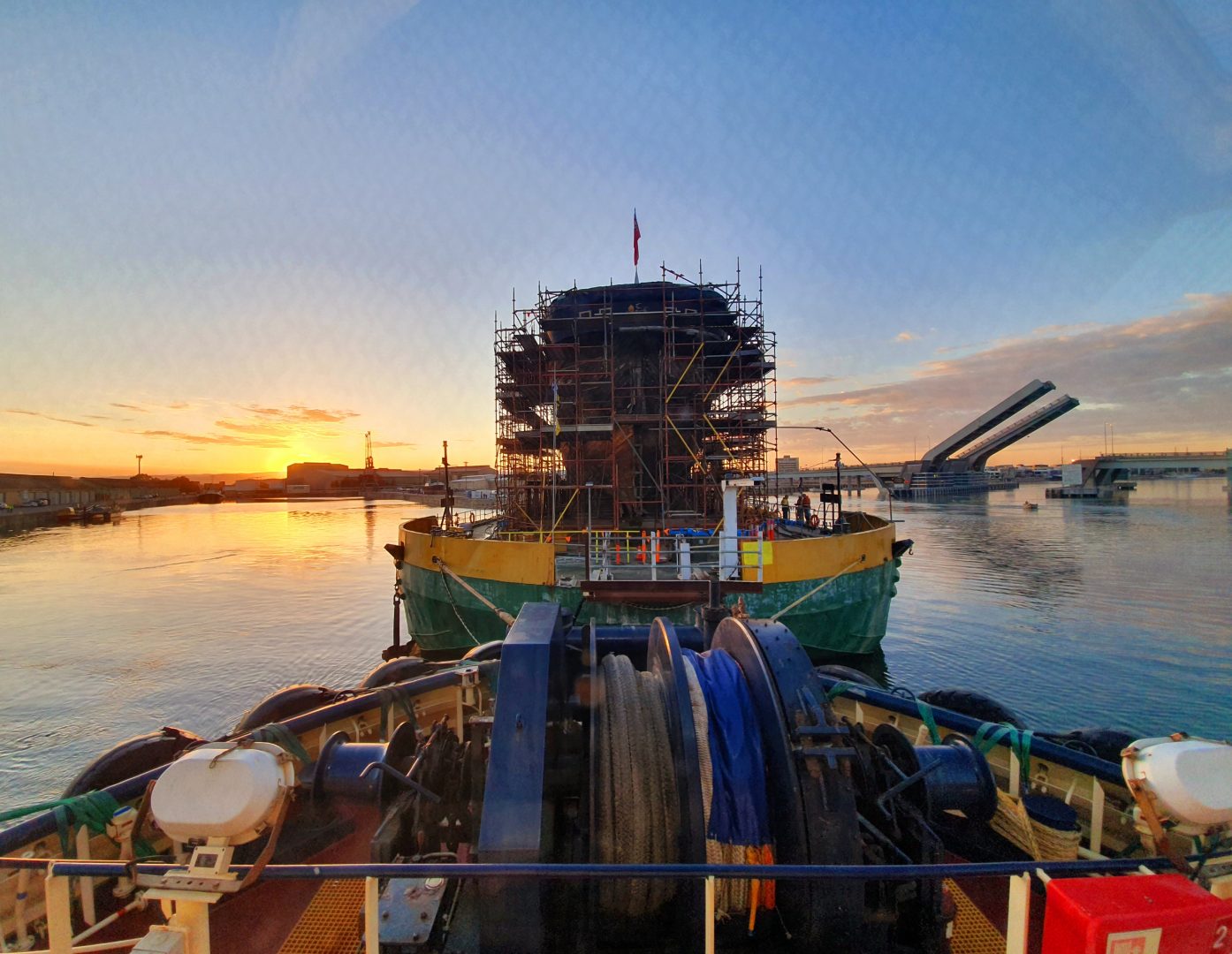 This movement involved carefully manoeuvring the Clipper Ship which is secured to barge Bradley through the Prexy Bridge which was raised specially for this occasion.

Built in Sunderland, UK in 1864, the City of Adelaide carried passengers and cargo from many locations including England, Scotland, Cornwall, Ireland, Germany and Scandinavia to Adelaide, the city after which it was named.

Recovered from Scotland after a 14-year $6 million campaign by Adelaide volunteers to save the vessel, the City of Adelaide arrived back in Adelaide in 2014.

It is planned to be the centre-piece of a seaport village and tourist precinct at Dock 2 directly across from the Svitzer tug base in Port Adelaide.

The ship is continually undergoing preservation and limited restoration, following the massive engineering effort which saw it lifted and moved halfway around the world. 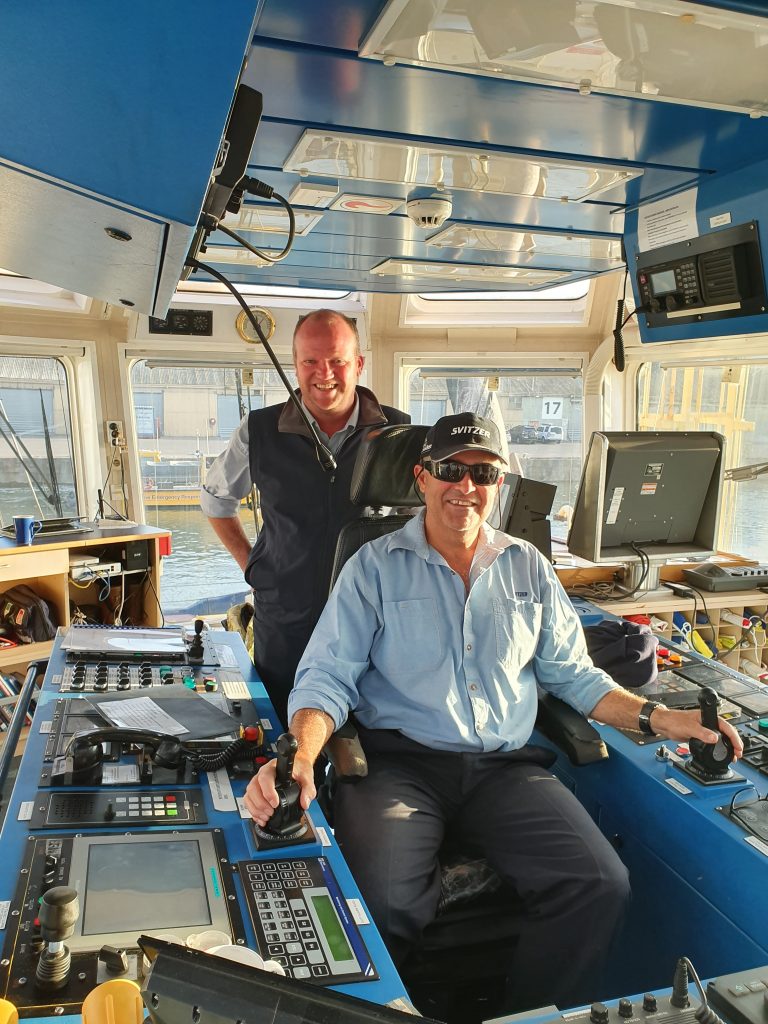 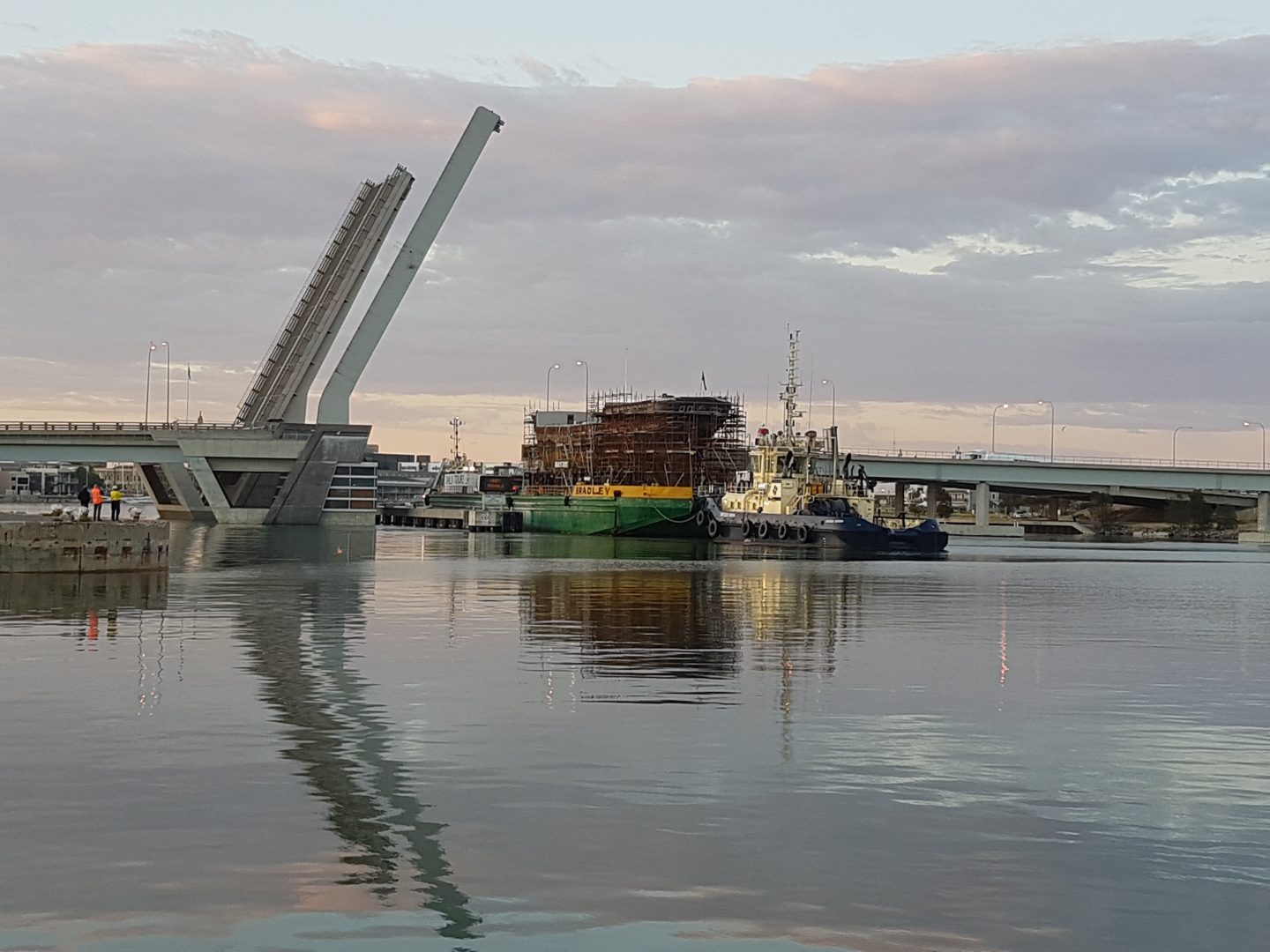